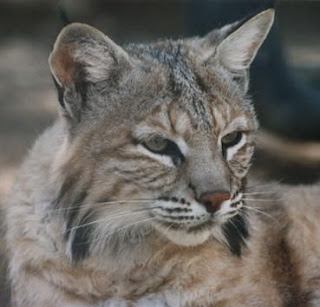 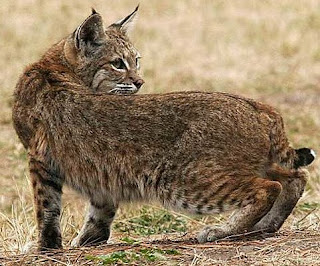 Habits
Bobcats occupy a variety of habitats, but they have a decided preference for rocky canyons or outcrops when such are available. In rockless areas they resort to thickets for protection and den sites. They are associated more commonly with pinyon pines, junipers, oak, or chaparral in Texas but they also occur in small numbers in open pine forests. These cats are highly adaptable and in most places have been able to cope with the inroads of human settlement. 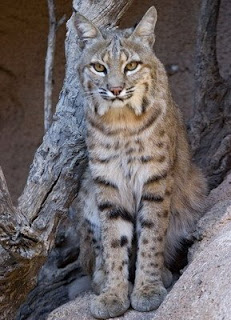 Shy and retiring, they are active largely at night although they frequently leave cover and begin hunting long before sundown. In hilly country, their presence can often be detected by their habit of dropping their feces on large rocks on promontories or ridges. Also, like the mountain lion, the males make scrapes — small piles of leaves, sticks, and so forth on which they urinate — along their travel routes, but these scrapes are smaller. They den in crevices in canyon walls, in boulder piles, or in thickets. The dens can be readily recognized by the strong odor emanating from them. Expert at climbing trees, bobcats seek refuge in them when available.

Their food consists mainly of small mammals and birds. The stomachs of 118 bobcats contained the following (expressed in percentages): mammals, 65.8 (44.5 of which were harmful species, 20.5 beneficial, 1.1 neutral); birds (bait), 3.1; fish (bait), 0.6; unidentified foods, 3.1; miscellaneous material (not food), 27.1. Among the mammals, wood rats, ground squirrels, mice, and rabbits supply the bulk of the diet. Although deer occasionally are killed and eaten, most of the deer meat found in bobcat stomachs has been carrion. They also prey upon domestic sheep, goats, and poultry but the damage done is rarely great. 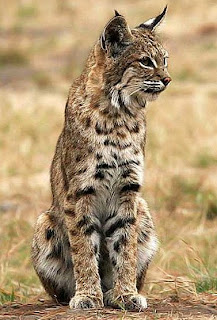 The breeding season begins usually in February, and after a gestation period of about 60 days the two to seven young are born. Average litter size is three. The young are well-furred and spotted at birth; their eyes open in about 9 days. The kittens are weaned when about 2 months old. They remain with their mother until early fall, at which time they begin to fend for themselves. Females do not breed during their first year, but they may mate between their first and second years and breed annually afterwards until 8-9 years of age.
Posted by The Green Planet

I do not know the band Luke Turili and friends, but the Lamborghini cars are very nice, however, a very luxurious category.

Very beautiful and interesting to your blog, congratulations.